Users of Reddit, 4chan, and other such forums have a language and diction that is unique to that subculture. If you are a newbie trying to figure out the lingo, this primer can help you get started.

Just like people incorrectly learn lyrics to popular songs, many forum users do not understand what some frequently used abbreviations (or acronyms to be perfectly correct) actually mean. Here is a list of my favorites. Feel free to add additional ones in the comments.

This commonly used abbreviation is frequently placed at the end after an exceptionally long text. After the TL;DR is an extremely concise summary of the referenced article. 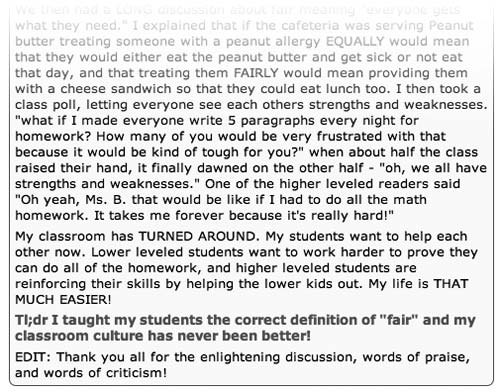 FTFY – Fixed this for you.

This term is used when a user quotes another user, but then re-edits the original quote to make changes. Typically this is used to change the quote in an humorous fashion, However, corrections to make the quote factually correct or to express a different opinion are common as well. In general FTFY is used as a marker to say “I quoted you but changed something within your quote.”

As picture memes have exploded in popularity, this term is also frequently used when somebody edits the meme of somebody else. Here are two people arguing about Diablo 3 in a gaming forum: 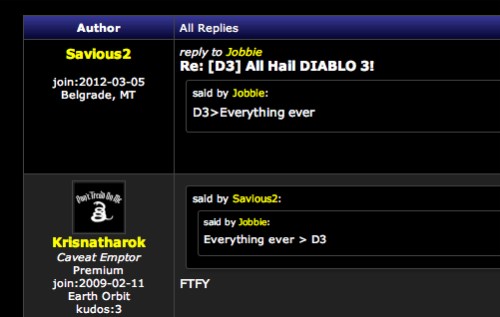 All of these terms have different meanings; however, they are often used interchangeably as well. What the (expletive) is often used to reference something incredibly bizarre. Not Safe for Work is a tag to mark sexually explicit pictures or text. Not Safe for Life is a warning that gore or death is represented.

Although those are probably the most common uses, in reality, these tags and the material they reference often overlaps. 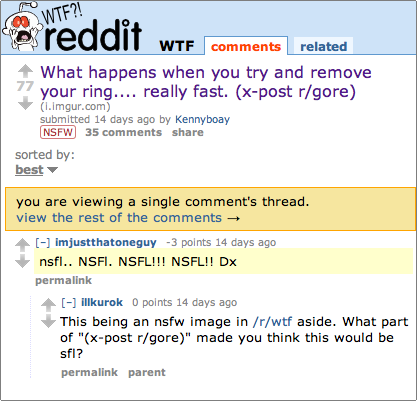