Tech-Recipes: A Cookbook Full of Tech Tutorials
HomeInternetAndroidHow Do I Use Music Square on My Samsung Galaxy Device?
InternetAndroid

How Do I Use Music Square on My Samsung Galaxy Device? 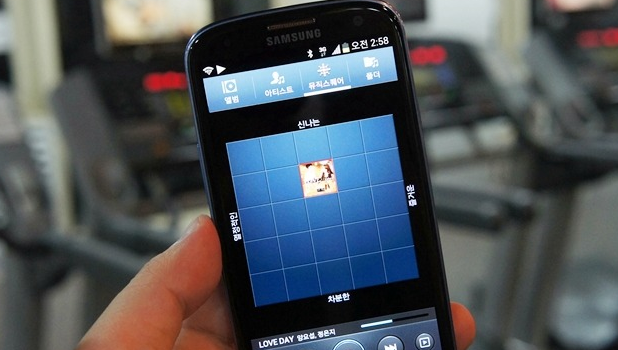 Somewhat buried on the tabs of Samsung Galaxy’s default music player app is a feature called Music Square. Music Square scans for the characteristics of the music files stored on your phone. The feature then automatically categorizes and groups each music file into four different “moods” based on a music’s tempo, beat, and other attributes. You can use Music Square as a fresh alternative for your mundane playlists.

How to Use Music Square on a Galaxy Device

For most Samsung Android phones running on Jellybean and later operating systems, Music Square is embedded into the Music app. To start using Music Square, follow these procedures:

1.From your phone’s Home screen, go to the application list by tapping on Apps.

3.On your Music app, scroll the tab to the right to get to Music Square. Tap on the tab to get to the desired page. 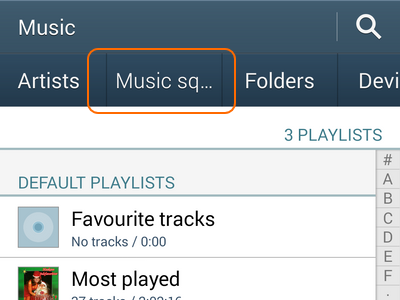 4.On Music Square, you will see a square divided into 25 smaller squares. On the sides of each square are the types of mood: Exciting, Joyful, Calm, Passionate. Each square has a different level of each of the four moods. The closer a square is to the mood title, the more qualities of that mood the square has. 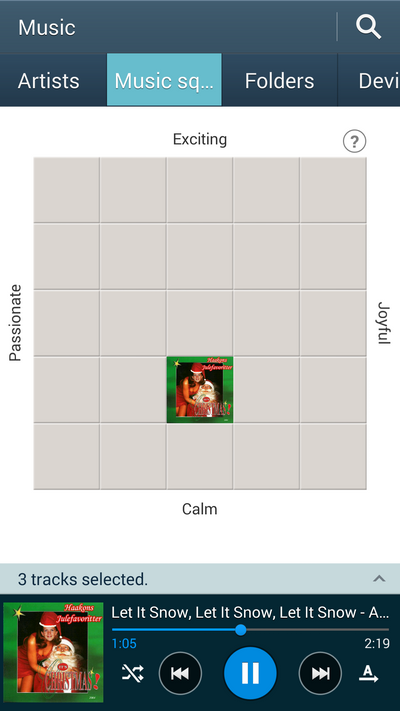 5.Tap on a square, and your phone will play songs that are categorized to be in that level of mood. The screenshot shows that the upper-left part of the quadrant is touched triggering two songs on the Exciting/Passionate category to play. 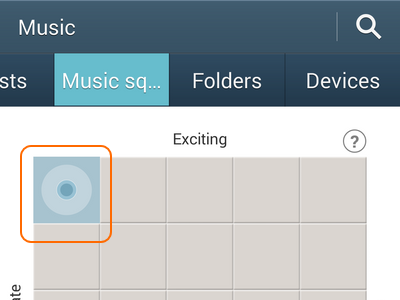 6.Touch and drag on multiple squares so that you will be able to play more songs from different squares. The screenshot shows that touching eight squares forming an “L” shape will play all eight songs in the highlighted squares. 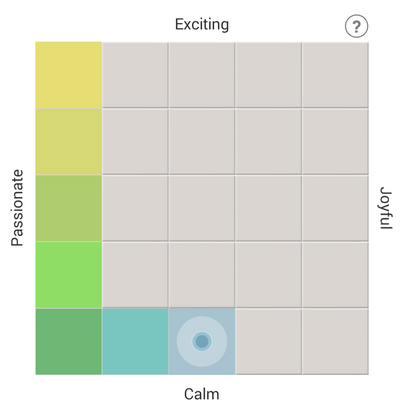 7.You have just learned how to use Music Square on your Samsung Galaxy phone. 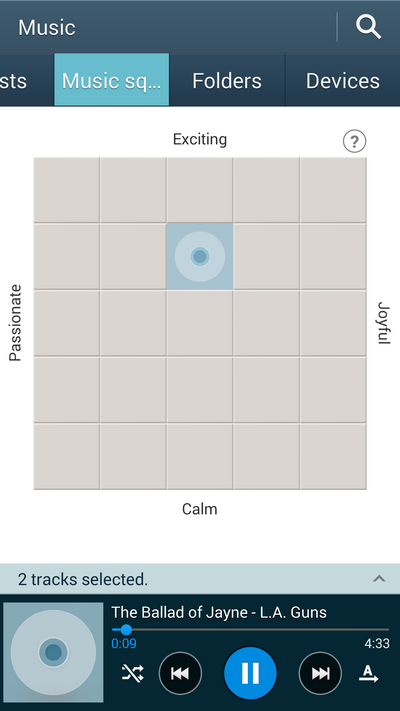 By default, the horizontal access of the Music Square quadrant contains the Joyful and Passionate quadrant. You can change these two into years and categorize songs into old and new instead. To do that, use the following steps:

1.Tap on the Menu button, and touch on the Change horizontal axis option. 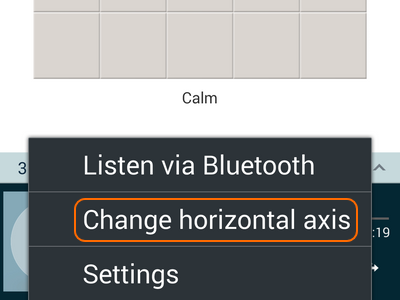 2.Choose between Years and Moods. For this example, let us choose Years. 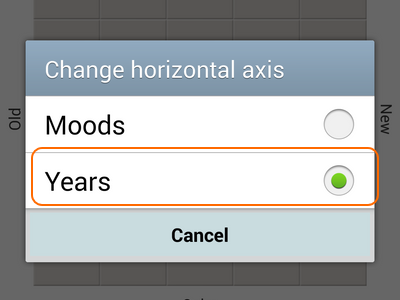 3.The Years category (Old and New) will now be displayed on the horizontal axis. 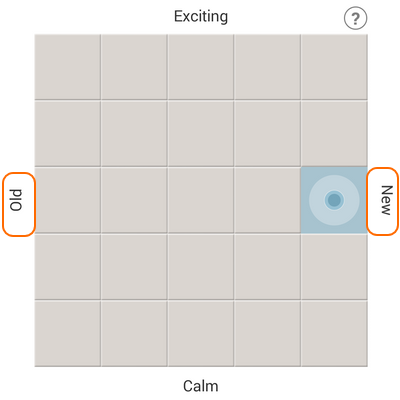