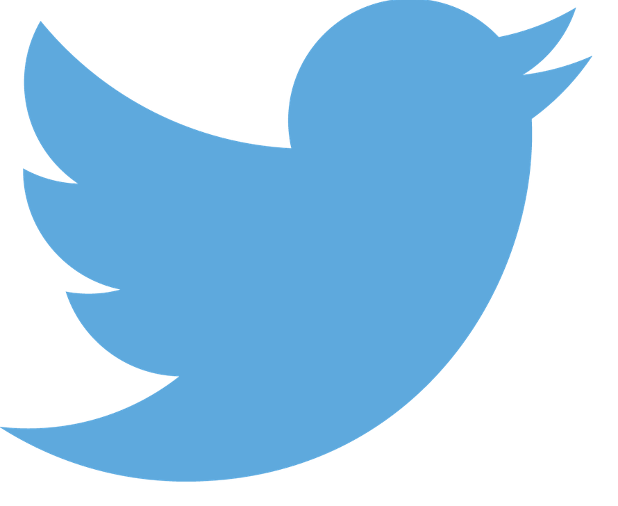 If you send a tweet to someone in Twitter using @someone, that tweet will be sent to them and their followers.  If you want to get their attention, it is better to send a message to them directly. This is called a direct message (commonly known as DM).

Direct messages is a relatively recent addition to Twitter.  They have also added advertising, which I find annoying.  But direct messages are definitely useful as it lets you communicate with people you might not know well enough to know their email address or know the right email address to write to at a company.  I use it to communicate with the power company when there is a power outage.  A few weeks ago, the power line that connects my house to my neighbor fell down.  I don’t even know how to call the power company as I don’t pay the bill.  But I know their Twitter account. I am not sure how they ended up following me, but it is fortunate that they did, because otherwise I could not write to them.

There are two ways to send a direct message (DM) on Twitter.

Sending a DM from Messages 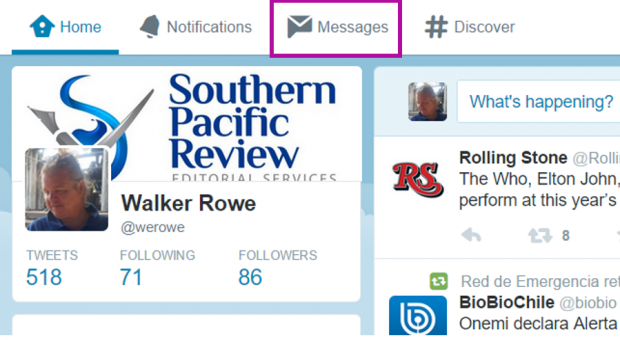 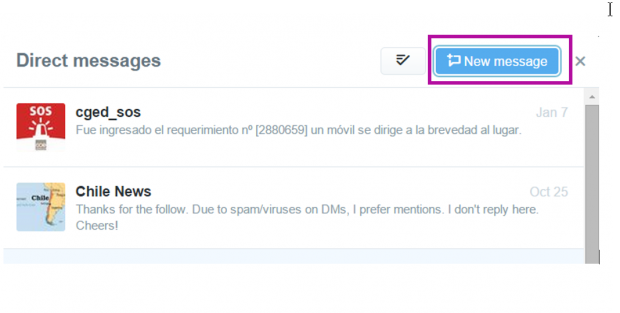 3.Type the first few letters of the user’s name to whom you want to write a message, and then click on their name to send a message. 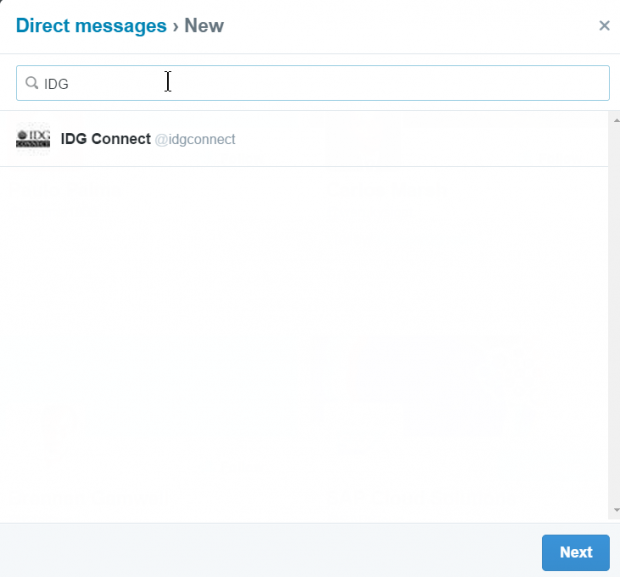 1.Find the user’s name in your Following screen.  Click the gear icon next to following. Then select Send a Direct Message. 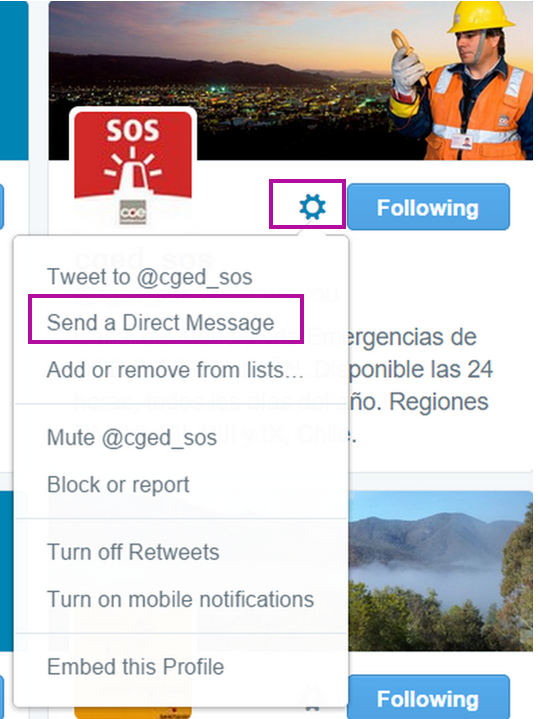 Twitter has become most important social media tool. Its influence on world events far outweighs Facebook.  For example, it makes international or national news when a head of state, politician, or celebrity opines on a topic or announces a new policy. But you cannot write to these people unless them follow you.

You cannot communicate with these people directly in most cases, unless you know them.  If you know them well enough then they will follow you.  I don’t know about you, but there are no heads of state of politicians following me yet. 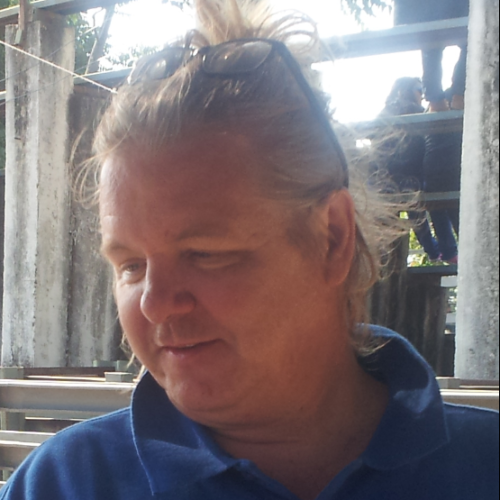