Why do my movies look like reality TV shows? 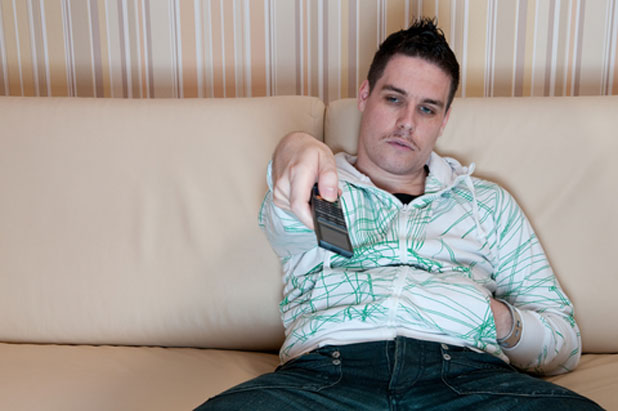 The motion functions on many of the newest high definition televisions make some HD content appear artificial. The textured film appearance is converted into something that looks more like a reality television show or a soap opera. These motion functions can be disabled to return your picture to normal.

Several of the nurses at work were discussing how their latest and greatest HD televisions had radically altered how their movies and TV shows appeared. The flow of movement seems too smooth and crisp. Often this effect is described as making everything appear to be recorded live as on a reality show, soap opera, or talk show. Other people feel that it appears that everything is recorded underwater.

This effect can be seen with any high definition content. This effect particular bothers me in Blue-ray movies and high quality TV series.

The problem is that our eyes and brains expect to see movies at 24 frames per second. Overly correcting this in our homes causes the movie to no longer seem like “film” and the soap opera or reality TV effect is created.

Luckily, motion interpolation can be disabled (and or decreased) on your HDTV once you find the correct setting.

Search through your television settings for these features. By decreasing or disabling the motion interpolation, you will remove the excessive motion smoothing and return your viewing to normal.

David Kirk
David Kirk is one of the original founders of tech-recipes and is currently serving as editor-in-chief. Not only has he been crafting tutorials for over ten years, but in his other life he also enjoys taking care of critically ill patients as an ICU physician.
RELATED ARTICLES
Entertainment