Why can’t I use gloves with my touchscreen phone?

One of our visitors dropped me an email asking an interesting question. While out running and wearing gloves, she noticed that her iPhone would not respond to her touches but her exercise touchscreen watch had no difficulties. As touchscreens become commonplace on our devices, understanding how they work will save you a lot of aggravation. 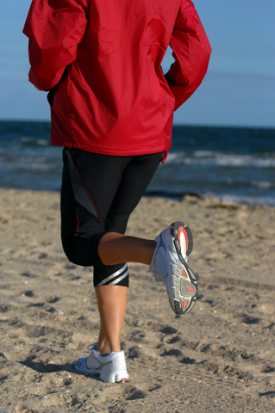 Apple’s recent hits such as the iPhone, iPad, and iPod Touch devices along with the torrent of Android devices all use capacitive sensing. With this technique the device creates a electromagnetic field and detects movement based on the disturbance of this field. Skin, for example, is a conductor and will transmit electricity. The changes in the field can be precisely detected. Materials that cannot conduct electricity are called insulators. In our runner’s case the glove is acting as an insulator between her finger and her iPhone. Since the electrical field is not altered by the insulating glove, the mobile phone does not detect her touches. Specialized gloves do exist that allow people to use capacitive sensing devices correctly. Typically, in the fingertips of these devices are conducting, instead of insulating, materials.

In contrast our runner’s watch is based on a resistive touchscreen technology. This simpler technique uses two layers of materials which are pressed to form a connection when the screen is touched. The type of material that presses on the screen does not matter. Since only the pressure is required, a gloved hand works as well as a bare one.

Capacitive sensing devices have the downside of being too sensitive. Anything that is a potential electrical conductor could manipulate the electrical field. While actively using the device, this is not a problem. However, in a pocket or purse, it certainly could be. This is why most capacitive sensing devices have a physical button to activate the screen and a specific swipe motion to unlock the device. 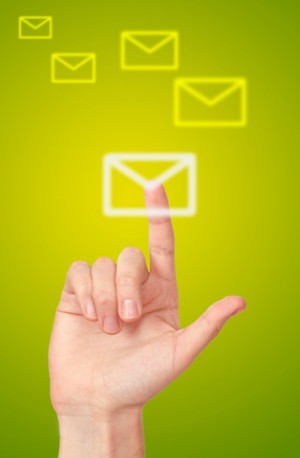 Resistive touchscreen devices have a reputation for not being as accurate for recording touches. This is from a variety or reasons. It is not because of a resolution limitation as most people expect. Most modern resistive touchscreens have very high resolutions. By having to apply pressure to the device, the user cannot move her finger as accurately. Multitouch detection is possible, but more difficult than capacitive sensing techniques. Plus, since resistive touchscreens are cheaper they are often used on cheaper devices that have other hardware and software issues that make their touch detection less precise.

Our runner’s iPhone was primarily designed to be as accurate as possible to even the lightest of touches. Such a device needs complex screen touch movement detection. A capacitive sensing screen is perfect for that despite the known limitation that insulating materials such as gloves will make it difficult to use and multiple steps will be required to activate it. The running watch is primarily designed to be used by fanatical exercise types even through weather protective gear. By requiring a simple firm touch to activate the device, the screen can be manipulated with just one finger. Such a watch is a perfect example of the benefits of resistive touchscreen technology.