GoogleTV 2.0 – Change the default TV device when turning on TV

This guide will explain how to change the default video input on GoogleTV 2.0.  GoogleTV 2.0 is set with the TV Tuner input as the default input and in turn when you power on your GoogleTV it will display the TV input first.  Lets change that!

This guide will center mainly around TV’s that have GoogleTV 2.0 running on them (ie Sony GoogleTV).  I use my 24″ Sony GoogleTV as a monitor on my computer and in turn wanted to change my default input to HDMI 1.  This is handy if you don’t use the built-in TV Tuner.

1. Go to Applications and then Settings 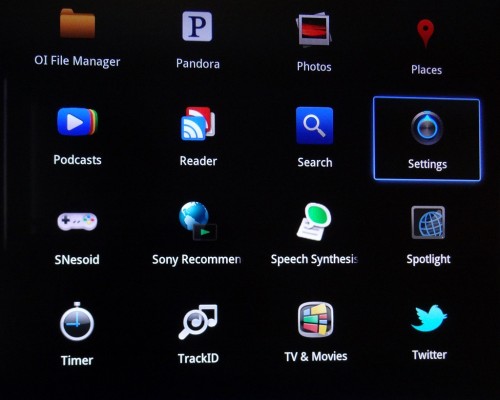 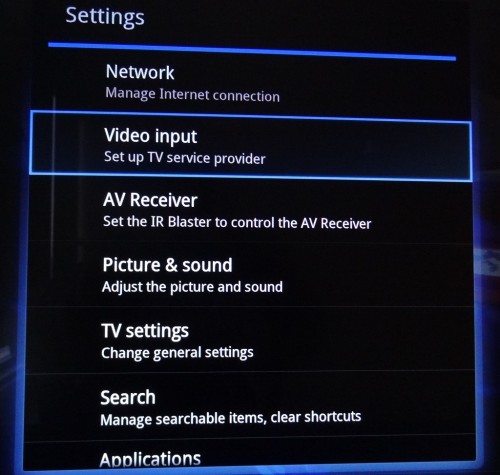 3. Next, go to the Configured device 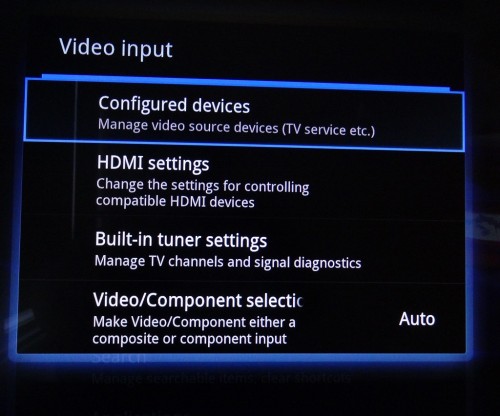 4. Then choose the input we want to set as the default (the one that will be displayed when first powered on), in our example we will choose the HDMI 1 input. 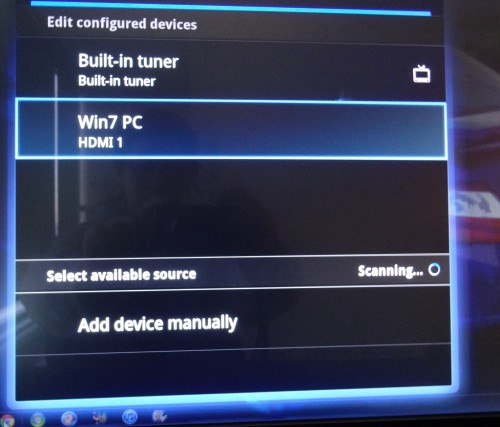 5. Finally, choose the “Make default TV device” and then just hit Back until you are out of the Settings screens. 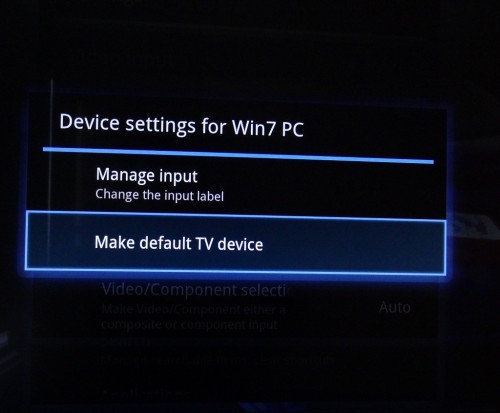 The next time you turn on your GoogleTV it should power on to the HDMI1 input instead of the built-in TV Tuner.  One thing you may notice though is that your Rovi Guide may not update since it does require the TV Tuner to be set as the default TV device in order to get Guide updates OTA at night / when off.  I barely use the OTA Tuner in my TV but will follow up later this week on if this is true or not. 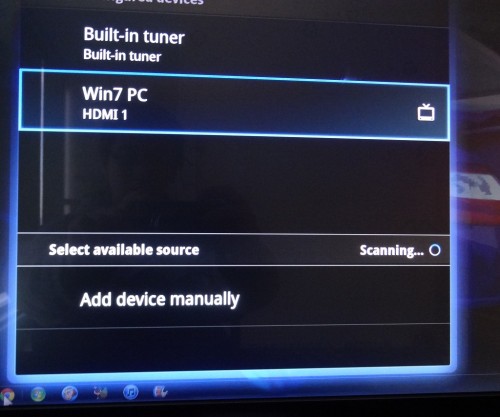