How to Use App Power Monitor on Samsung Galaxy Note7 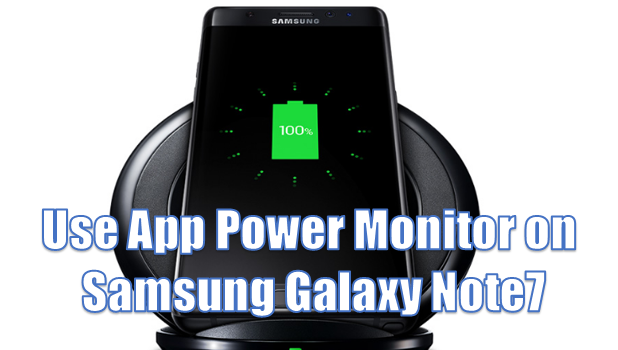 Smartphone performance appears to have reached a plateau. With manufacturers trying to win the specs war, most of the flagship phone’s have reached a point where there is little to improve. The game has risen to a whole new level with a focus on features, aesthetics, and battery life. As developers are pushing smartphones to their limits with powerful apps, games, and features, batteries are taking quite the blow. Battery draining apps that update frequently require power – more power. Samsung has offered features to save more battery life and to optimize the battery life of its devices. Now, in an effort to give consumers even more control over their phone’s batteries, Samsung has introduced App Power Monitor. Using this new feature on the Samsung Galaxy Note7, you can keep an eye on battery draining apps and control when they use power. This tutorial will help you extend your Note7’s battery life.

How to Set Up App Power Monitor on Samsung Galaxy Note7 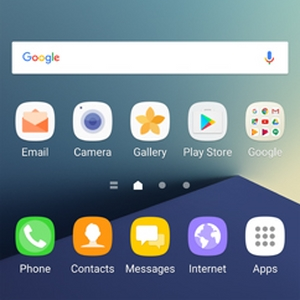 2.From your Note7’s Home screen, open Apps. The Apps icon is located in the lower-right corner of your Note7’s screen. 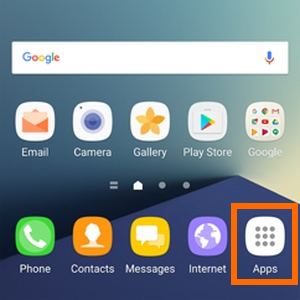 3.From Apps, swipe until you get to Settings. Open Settings by tapping on its gear icon. 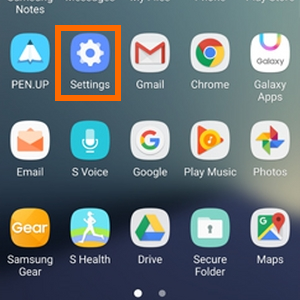 4.From Settings, scroll down, and tap on Device maintenance. 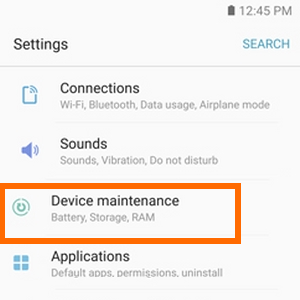 5.In Device maintenance, tap on the Battery option in the lower-left corner of the screen. 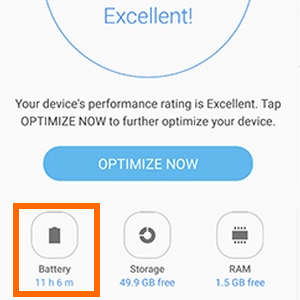 6.A list of apps will be displayed. Tap on the tick box for each app that you want to control. The apps that you choose will go to sleep while they are not in use to save battery power. 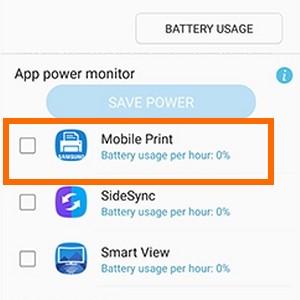 7.After you have made your selections, tap on SAVE POWER to proceed. 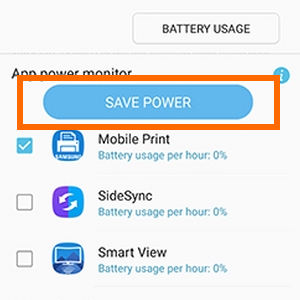 8. You have just set up App Power Monitor on Samsung Galaxy Note7.

How Do I Allow Apps to Use Power Freely on Samsung Galaxy Note7?

To allow applications to use your phone’s battery power freely, follow these steps:

1.From Settings, scroll down, and tap on Device maintenance.

2.In Device maintenance, tap on the Battery option in the lower-left corner of the screen.

3.Tap on the Unmonitored apps option to view apps that are not controlled by the App Power Monitor. 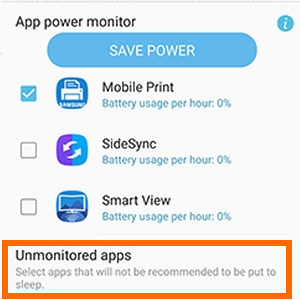 4.Tap on Edit to view apps that you can tag as “unmonitored.” 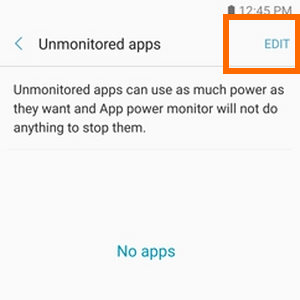 5.Tap on the tick box of an app that you want to go unmonitored. 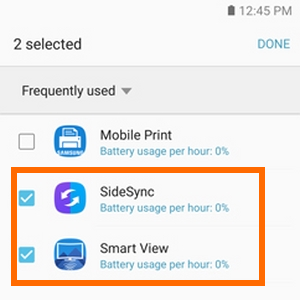 6.Tap on DONE when you are satisfied with the selection. 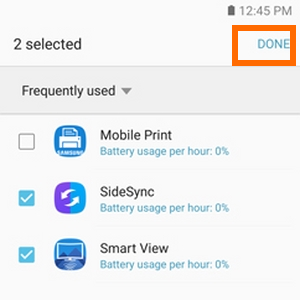 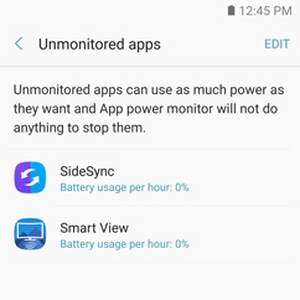 If you encountered any issues with the App Power Monitor on Samsung Galaxy Note7, leave some comments in the section below, and we will be glad to help you.