How to play arcade games on Windows

In the darker ages of the computer world people didn’t have the luxury of playing games with high definition graphics at 60 frames per second or on 4k resolution. Several decades ago, in the late 70s, 80s even the early 90s, the entertainment of the younger generation was mostly playing 8 bit games on an enormous computer, by today’s standards at least. Those games are called arcade games.

Contrary to popular belief, the games are not called arcade due to the location where the machines were set or they genre of the actual game, instead the business with that type of games was called arcade. The games were installed on a coin operated machines where in order to play you would need to inset a special coin in order to get 3 lives in the game, in most cases. The games ranged from action, first person shooters, puzzle, strategy etc, but people loved them and kept on playing them even in modern times when games started to evolve into better looking games, some people still preferred the old arcade games.

Among the hundreds, maybe thousands of arcade games were: Pac-Man, Mario bros, Donkey Kong, Space Invaders, Pong, Galaxian and a lot more. The older generation were still drawn to the nostalgia of playing the arcade games to a point where they made them popular again. Today even some of the younger generation, that are used to or want to play graphic intense games are still looking for ways to play arcade games. Unfortunately, there are only a handful of arcades where you could play those kinds of games, so people are forced to play them at home. Luckily, an Italian developer called Nicola Salmoria, in 1997 released an emulator called Multiple Arcade Machine Emulator or MAME for short, which enabled people to play arcade games on newer machines. The emulator is supported on all computer operating systems Windows, macOS and Linux. A few years ago, Multi Emulator Super System or MESS which was based on MAME’c core was integrated into MAME and with that this emulator now supports over seven thousand games.
Installing the emulator and running the games is a pretty straight forward process.

2.Scroll down a bit and select the operating system that you have on your computer. For this tutorial we will be installing it on a Windows 10 machine and since we have Windows 10 64-bit version installed, we downloaded the 64-bit installation package.

4.Select the desired location for the files to be extracted and click on “Extract”. The extraction process takes a few minutes to complete

5.Once the extraction process is completed open the folder that you set in the previous step and run the application 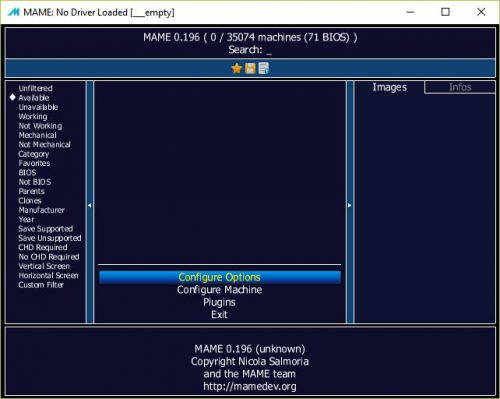 The emulator is now up and running, but it doesn’t come preloaded with games so you will need to find and install the games on your own, which is also a straightforward process. Since the Mame development team doesn’t own any of the games that they created the emulator they also don’t have the ROMs for the games on the website. So, in order to install the games, you will need to do a Google search to locate websites that have them. There are a few websites that have a big directory of ROMs for arcade games, so it shouldn’t be a problem to find them.

1.Download the ROM for the desired game. Note: the ROM will be in a zip files which you should not extract

2.In the file explorer, navigate to the location where you previously extracted the MAME installation

4.Paste in the zip file

Now you are ready to take a trip down memory lane and play the once beloved arcade games. Note: this procedure will work on older versions of Windows as well, such as Windows 7 or 8.

Q: I downloaded a ROM but the game won’t start
A: there are some cases where the ROM will not run. In this case it is recommended to try to locate a different ROM or find a different version of the game

Q: There are multiple ROMs for one game, which one should I download?
A: all the different variation of the same game are just ROMs for games distributed to different regions. Apart from that the games are the same.

Q: Can I play this with a gamepad?
A: Yes, and it is recommended to do that. You can also buy an arcade style controller.