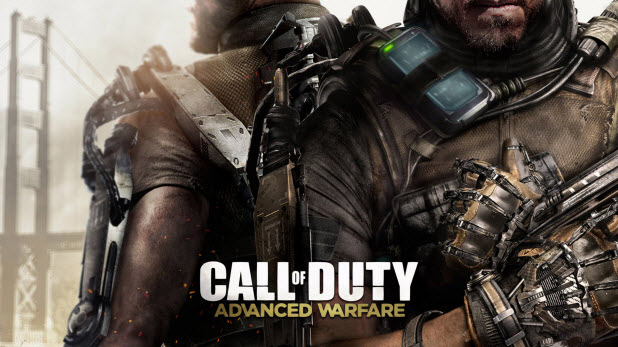 If you have troubles finding intel items in the last two missions of Call of Duty: Advanced Warfare, this tutorial will help you.

This last tutorial in Call of Duty: Advanced Warfare walk-through series containing intel locations in mission 14: Captured and mission 15: Terminus. At the end of the tutorial, you will find all 45 intel items in the game. If you missed any of them, the following guides will help you.

In the room that has two workers and the big screen containing information about the Manticore strikes, go to the door near one of the worker. When you are close to the door, it will open automatically. The laptop is placed on a shelf in the corner of that room. 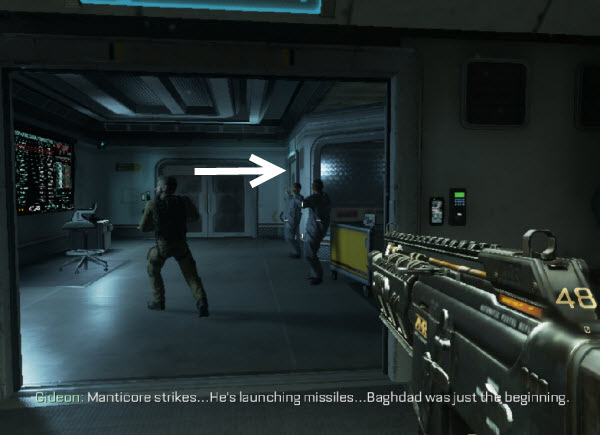 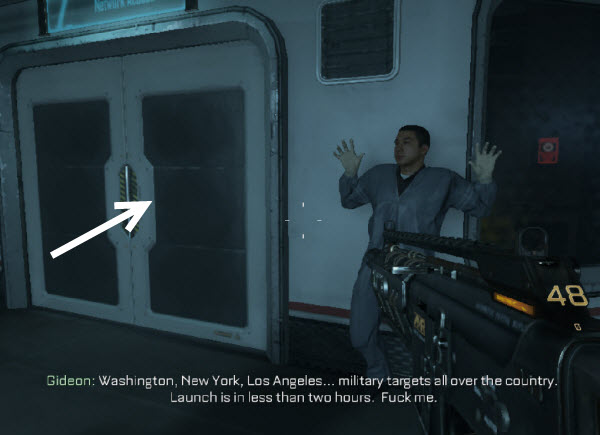 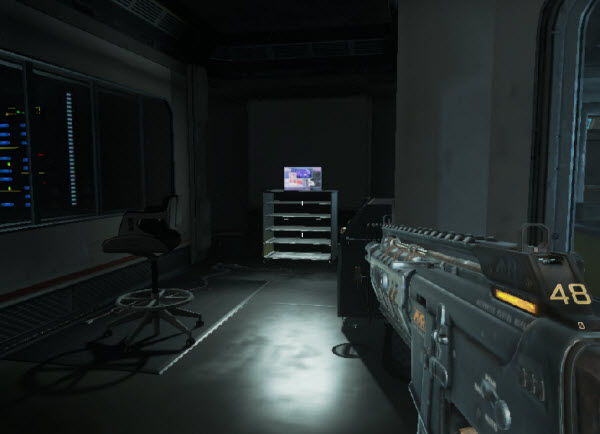 The next intel is placed inside the room where a doctor is trying to defense himself. After you get into the room, leave the doctor to Gideon and collect the laptop on the table. 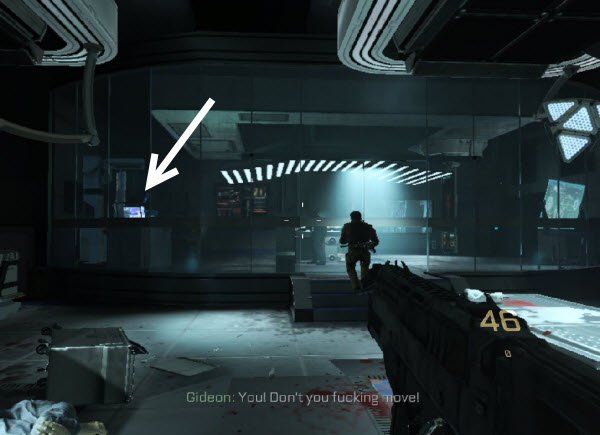 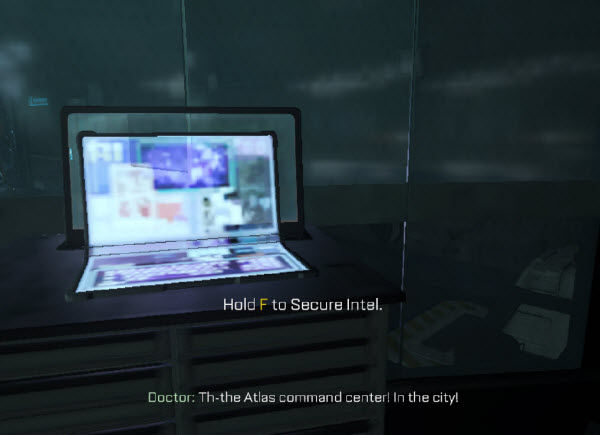 After the crash, you will see a AST soldier dies in front of you. Turn around, and you will be able to find the intel. 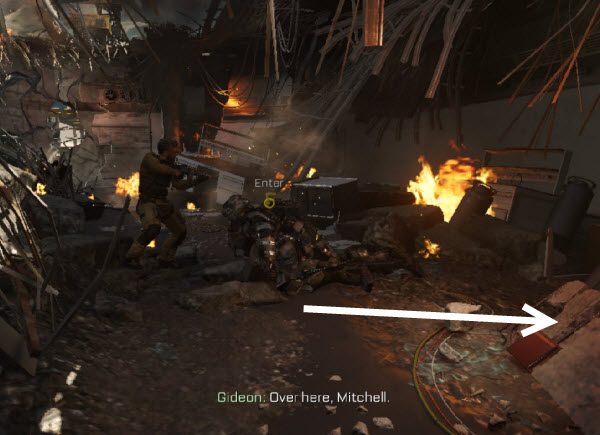 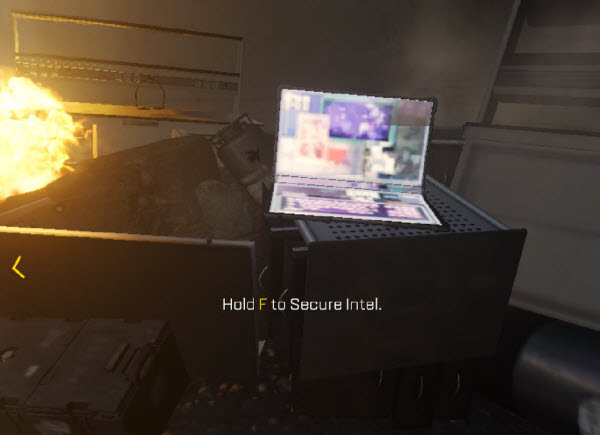 As soon as you get out of the water, clear all enemies on your way to the objective. After the first turn, you will see a dark room; this is where you find the intel. 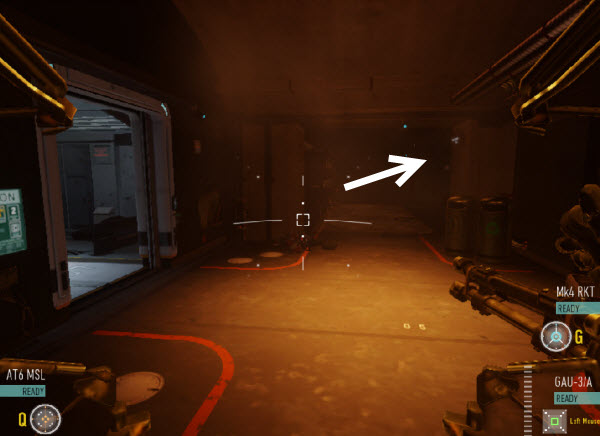 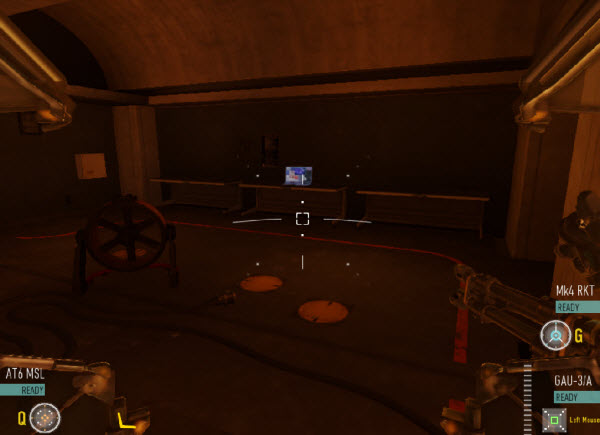 After collecting the first intel, follow Gideon down the stair, then head to the left side. 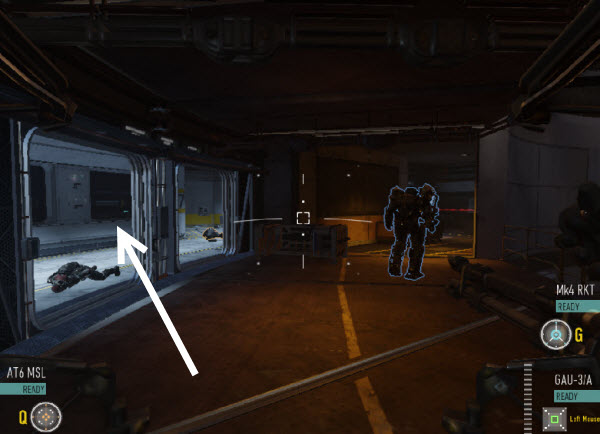 Stick to the left path until you see the server room with glass door. The next intel can be found in that room. 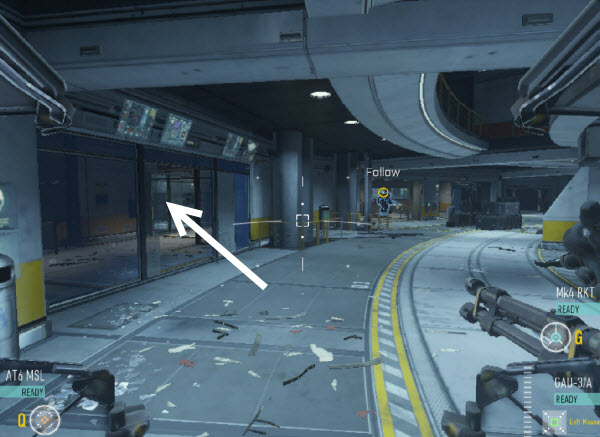 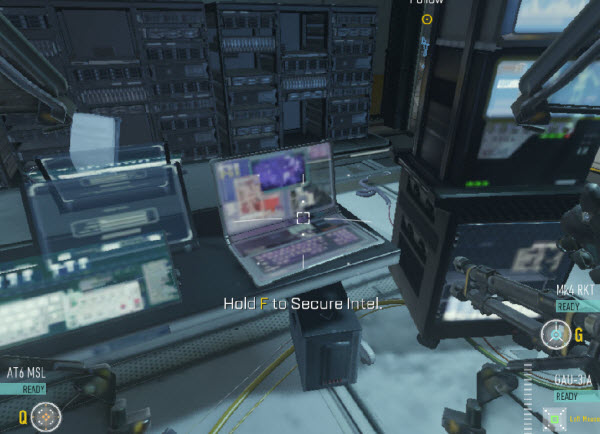 As you follow Gideon to the next objective, you will see a wall with the number 5 on it. The room nearby has the last intel item of the game. 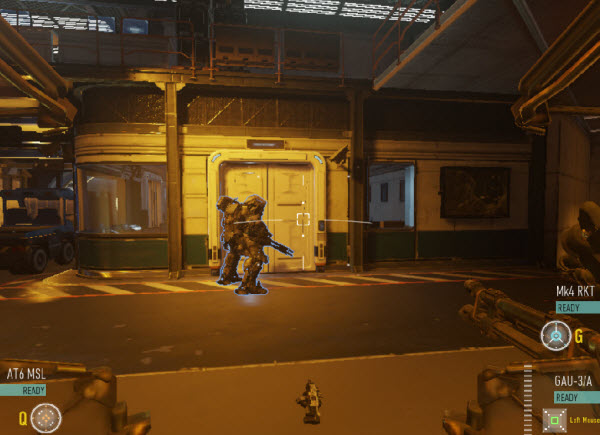 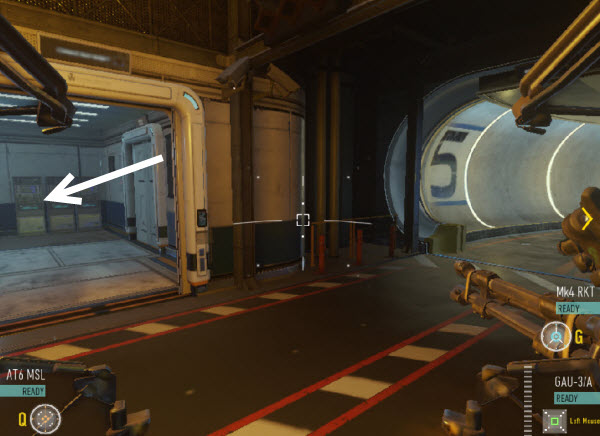 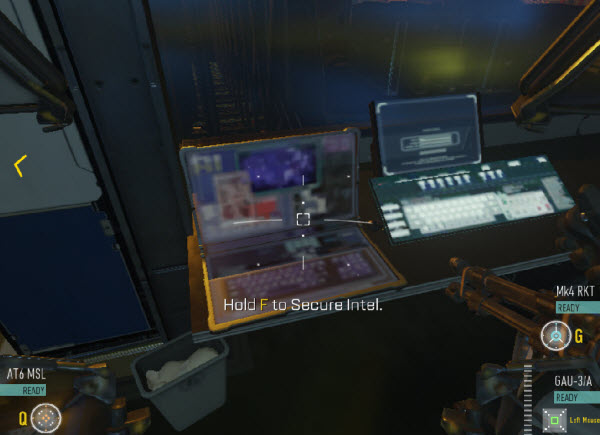