Thief 4 Walkthrough for Chapter 4: A Friend in Need 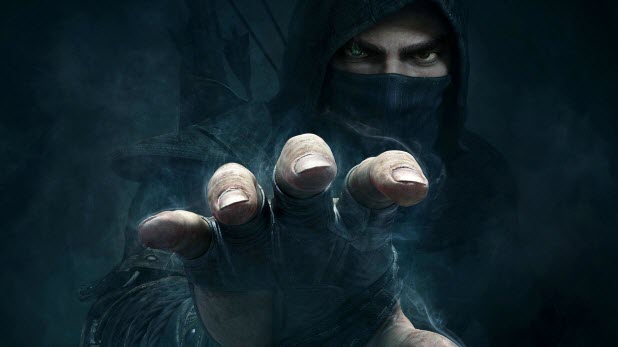 After you have stolen the ritual book from the underground area in the previous chapter, follow this guide to steal the architect’s plan, save Basso from the enemies, and steal the goods in the Great Safe.

With the Dirty Secrets chapter behind us, we head to the Architect’s house.

Go to the Architect’s Grand House

First, follow the white spot onscreen until you hear some people talking, take the left route, jump to the other house, and you will see the Grand House in front of you. 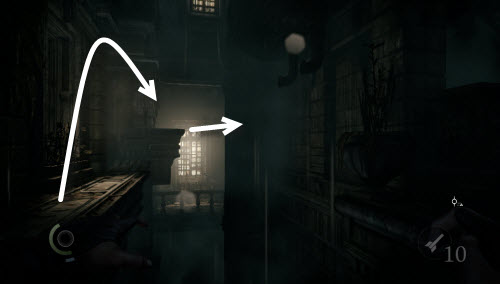 There are five guards in this area. Most of them are actively walking around the yard, so it will be a bit tricky to get inside the house. You should be able to see a problematic light on the left, which usually turns off by itself. There is also an anchor beam in this area. Use your focus mode to spot it easily. Here is how you can get in without killing anyone.

i. Wait for the guards holding the flames to head to the right side of the building, and then jump down.

ii. Wait for the problematic light to go out, and then use your special ability to run quickly past the house.

iii. Fire the rope at the anchor, and climb up.

iv. Wait for the guard on the second floor to walk to the right side, follow behind him, and get inside. 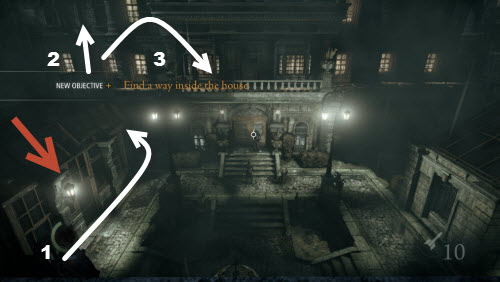 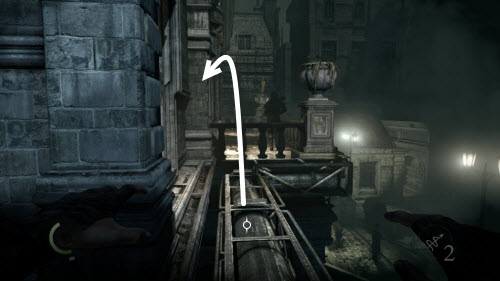 Get Up to the Architect’s Study

Once you are in the house, find the room on the left side of the second floor and go inside. The guard that you have just bypassed will then go inside. 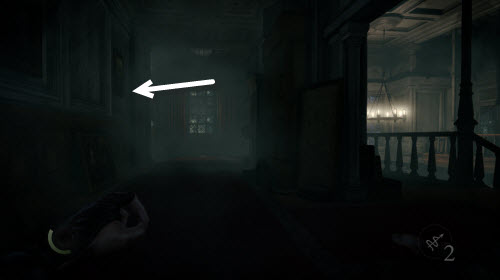 In that room, there will be a guard and a maid talking about a hidden path behind the bookshelf. Take both of them down, move closer to the bookshelf in front of you, find the trigger, and gain access to the path. 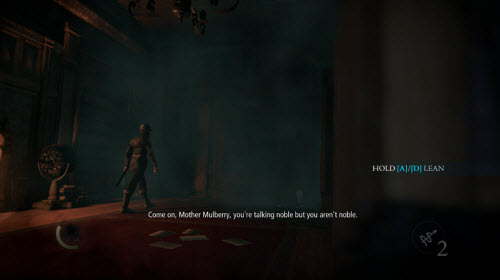 Go up the elevator, and head to the architect’s room

Search the Study for the Keep Plans

In the architect’s room, go up the ladder, find the picture hanging on the wall, find the correct keys on it, and make the switch. A large Keep model will then be revealed on the floor. 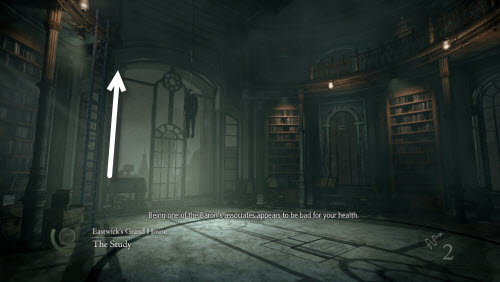 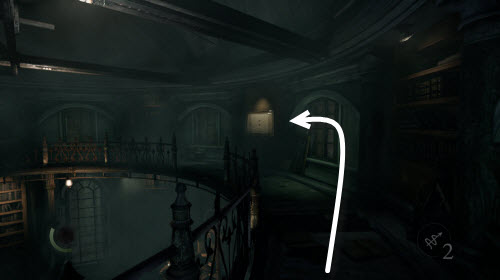 Head to the Keep model downstairs, and do the puzzle. Your objective is to match the model with the real Keep outside the window. When you have solved the puzzle, the architect’s plan will be revealed on a hidden board. Get the plan to trigger the next scene. 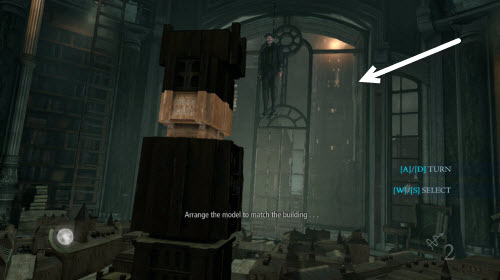 When you have obtained the plan, the guards will break in. To escape the guards, jump to the opposite house, and follow the path on the right. Most of this part is controlled by the game itself.

Get to the Keep

When you regain control, jump on the crates, grab the rope, and go inside the house. The game will then load the next area. 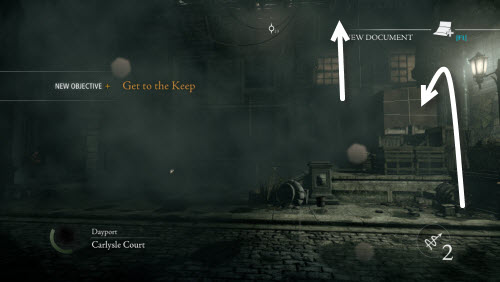 Get Inside the Keep

Follow the white spot onscreen until you see an open path to the pipeline beneath, and jump down to it. Do not worry about the guards. None of them will notice you at this point. Go straight, and you will see a ladder on the left. Use the ladder to climb up and get inside the Keep. 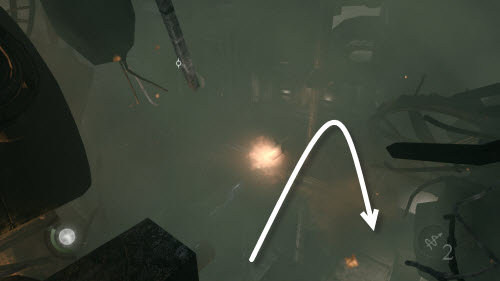 There will be a moving piston on your way. You have to wait for the right moment and quickly get to the hole, or you will die. 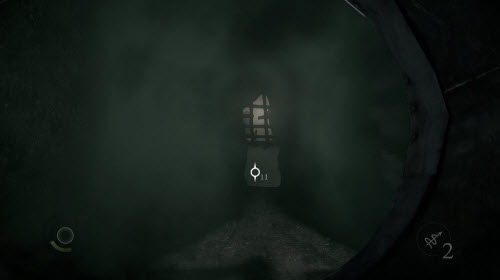 After you talk with Basso, you will continue your quest to find the Great Safe. Use the elevator to get to a higher floor, climb through the roof hatch to get out, and follow the route to the safe.

When you are in the room containing the Great Safe, pull the lever to take it down. 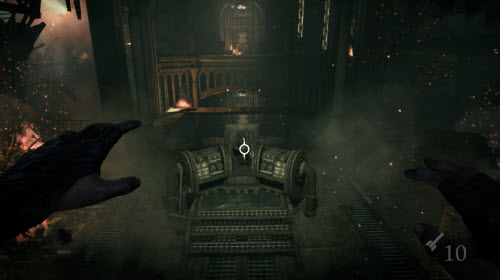 There are two buttons on both sides of the safe, press one, and run to the opposite side to press the other before time runs out. You have to do this to reset the locking mechanism. 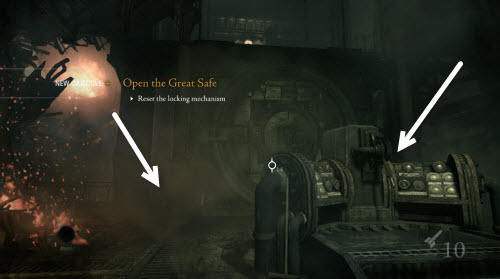 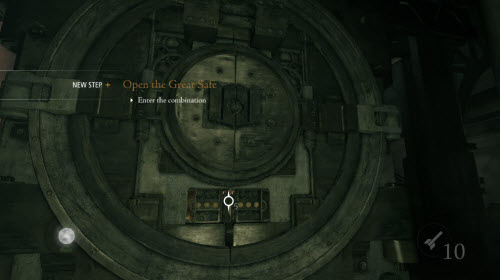 After the cutscene, you will end up surrounded by several guards looking for you. Get through them, and move closer to the safe. There will be a guard in front of the safe, take him down, and unlock the safe using these numbers: 0,1,8.

Meet Basso at the Siren’s Rest in the South Quarter

The South Quarter is on the right side of the screen. In order to get there, go through the second floor of the houses, and turn right. 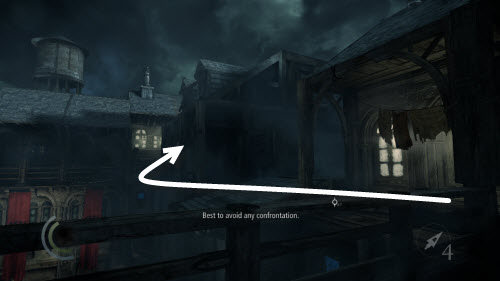 Open the window on the left side to get to the other side of the area. 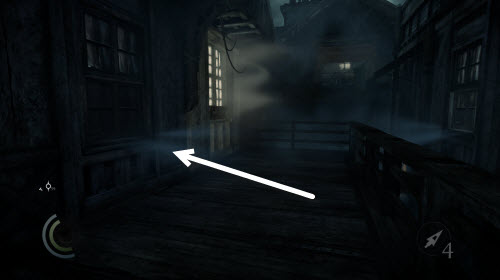 In the next area, there will be several guards on your way to the Siren’s house, and some of them are actively walking. To get closer to the target area, first, jump down to the ground, wait for the right moment to attach a rope to the anchor beam, climb up, and go inside a house. 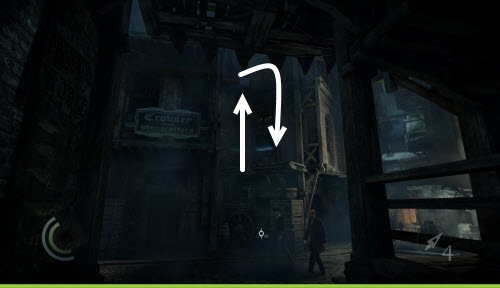 Use the other window in that house to get out, and then look up to see the bridge and another anchor beam. Use your arrow to take the bridge down, fire another rope at the beam, and climb up there. 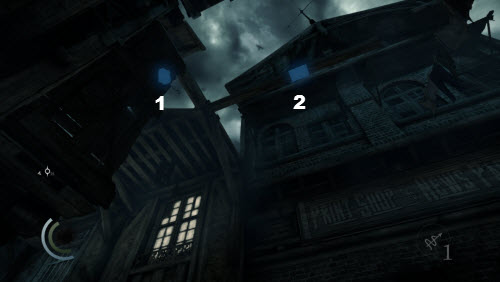 At the end of the bridge, there will be another rope. Grab it to get down to the path near the outpost tower. 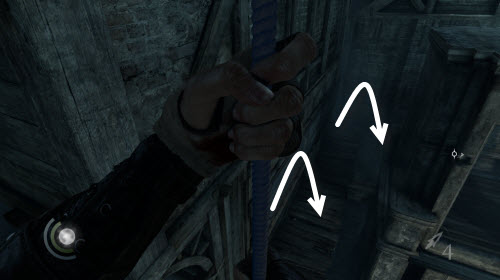 From this point, getting to the Siren’s house is easy because the it is on the same street you used to get to Erin’s hideout in the previous chapter. Next, we will advance into the Forsaken chapter by entering into the Asylum.