How to Reorder or Uninstall Apps on Samsung Gear S2 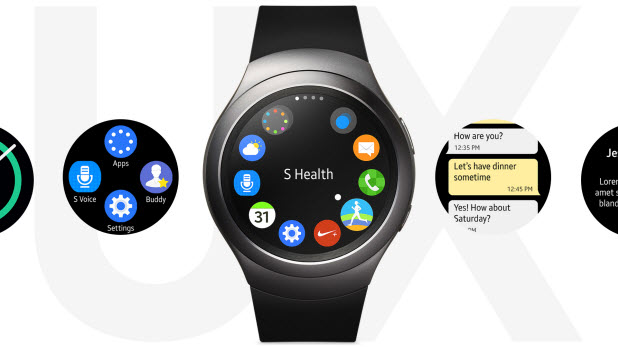 By default, apps installed on the Samsung Gear S2 are sorted in chronological order, and each app screen can display only a limited number of apps. Since the screen of the watch is very small, accessing your favorite apps may not be easy. Fortunately, you can solve this problem by reordering apps so that the apps you use most appear first in the list. Furthermore, if there are too many unnecessary apps, you can uninstall them as well. This steps in this tutorial explain how using either your phone or your Gear S2.

Method 1: Using the Samsung Gear app on your phone

1. Make sure that your watch is paired to the phone.

2. Launch the Samsung Gear app in the app launcher. 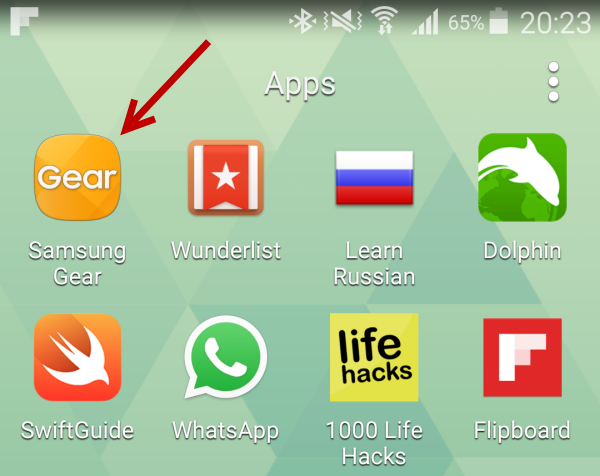 3. Select the Apps layout option. Depending on the version of Samsung Gear that you are using, this screen may look different.

4. At the top of the screen, there will be several circles representing the app pages on your watch. The first page is the leftmost one. Under the Reorder section, you will see all the apps installed on your Gear S2. To reorder the apps, drag the corresponding handler to the desired location. As you drag the handle, the position of the selected app in the circle will change to reflect your action. 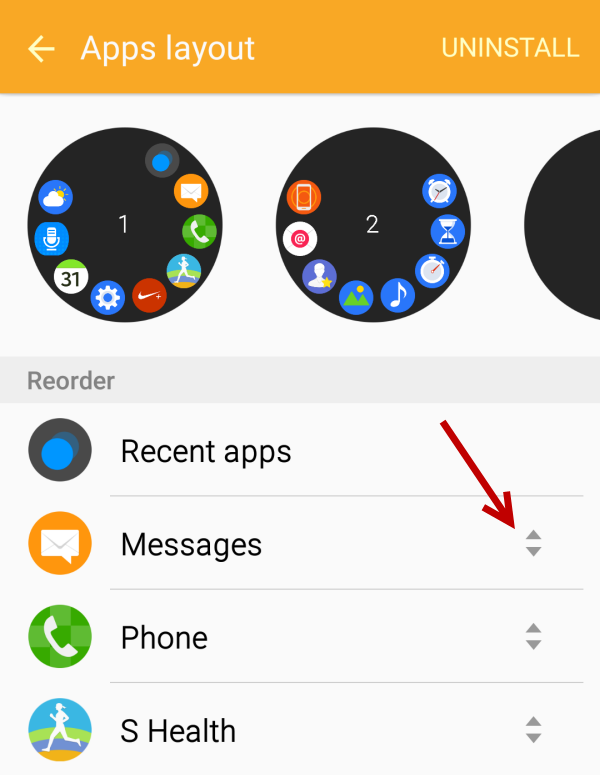 5. The changes you make to the order of the apps will be saved automatically, so you can go back to the previous screen or close the app if you want.

6. To uninstall apps on your watch, tap the Uninstall option above the circles.

7. You will see a list of apps that can be uninstalled from your watch. These apps are mostly third-party apps. Stock apps on your watch cannot be uninstalled. To uninstall an app, tap the minus button. 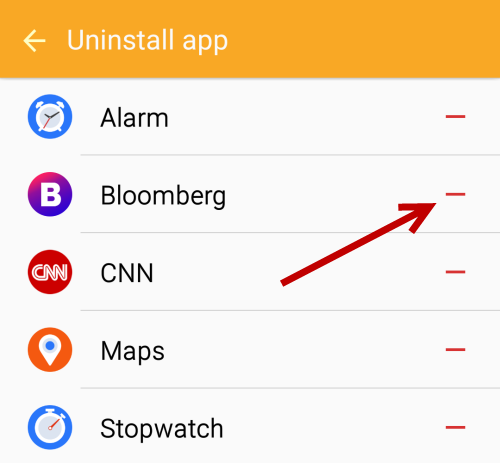 8. Tap OK when you see the warning.

Method 2: Reorder and uninstall apps on your Gear S2

1. Press the Home button to open the app screen.

2. Long-press on the center of the screen to switch to Edit mode. 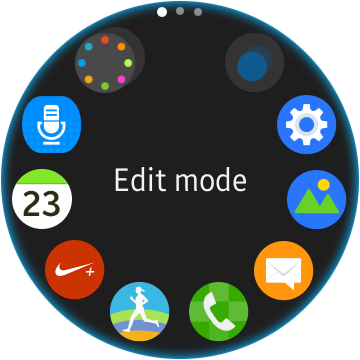 3. To reorder apps, drag the desired apps to another location.

To uninstall apps, tap the minus button above their icons. 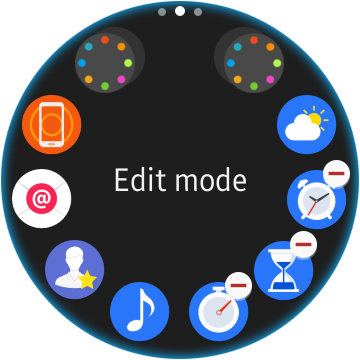 How to Set the Samsung Gear S3 Home Key Shortcut

How to Monitor Your Heart Rate on Samsung Gear S2

How Do I Back Up and Restore Data on Samsung Gear S2?